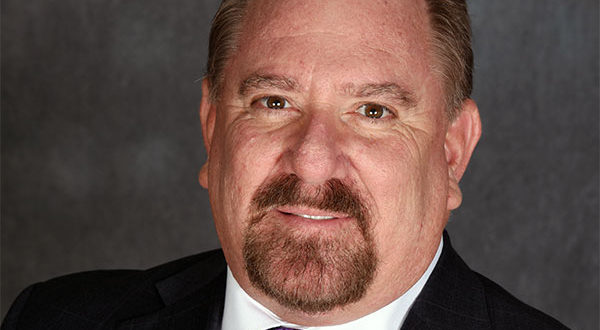 The Board of Directors of the Dallas-based American Fire Sprinkler Association (AFSA) has announced the unanimous selection of Robert G. (Bob) Caputo, CFPS, as the association’s President. Established in 1981, AFSA and its federation of 31 chapters serve as North America’s largest fire sprinkler industry organization. Caputo’s tenure will begin on November 1, 2020.

“The Board members and I are very excited and extremely pleased to welcome Bob to the AFSA team,” says AFSA Chair of the Board Ted Wills, president of Anchor Fire Protection Co. in Perkiomenville, Pennsylvania. “We felt it was important to have an industry veteran at the helm. The future of AFSA is bright, and this is just the beginning.”

This appointment follows an extensive search for an effective leader for the fire sprinkler industry’s largest trade association. Caputo has been an important part of this industry for over 41 years and is a long-time member of AFSA and promoter of merit shop contracting. He is the former owner of Consolidated Fire Protection in the San Diego area and has held fire sprinkler contractor’s licenses in 23 states. Most recently, he was the vice president for training and technical support for Fire & Life Safety America, based in Richmond, Virginia.

As President, Caputo will be responsible for providing guidance and support to the Board while leading AFSA’s experienced team of engineers and other professionals who are dedicated to serving the membership comprised of contractors, designers, manufacturers, suppliers, and Authorities Having Jurisdiction (AHJs). He will also represent the association, interacting with key stakeholders, including regulatory and other public agencies, and increase the visibility of the value of the fire sprinkler industry and those companies that operate merit shops throughout North America and globally. Caputo also will oversee the association’s efforts to provide educational advancement, promotion, and utilization of automatic fire sprinkler systems in the U.S. and around the world.

Caputo expressed excitement for the opportunity to lead AFSA’s excellent team in support of the fire sprinkler industry and noted the recent building of the association’s engineering and technical services team, led by John August Denhardt, P.E., FSFPE. “I want to be in touch with our members and their needs and continue to expand AFSA’s training and education opportunities. My focus will be on fulfilling the AFSA mission, team building, and ‘knock-your-socks-off’ services to the membership.”

Caputo is a well-known industry expert, presenting on hydraulic calculations, fire pumps, plan review, and NFPA standards for AFSA and NFPA. He chairs and serves as a member on several NFPA committees, including chairing the NFPA 16 Technical Committee (Foam & Water Sprinkler Systems), NFPA 24, and NFPA 291. He has contributed to the NFPA 13 (2013 and 2016 editions) and NFPA 25 (2014 edition) Handbooks, and developed AFSA programs, including its Project Management Tools and ITM Inspector Development programs. Additionally, Caputo has chaired two chapters of AFSA – Arizona and Southern California.

“I am absolutely thrilled with the announcement of Bob Caputo as the new President of the American Fire Sprinkler Association,” says AFSA At-Large Director and Search Committee Chair Wayne Weisz, president of Cen-Cal Fire Systems, Inc., Lodi, California. “Even though we had a very strong pool of candidates, Bob’s in-depth knowledge of our association, as well as the fire sprinkler industry, made him the unanimous choice. I am very excited to see what the future holds for our association under Bob’s leadership.”

Caputo serves as a member of the Oklahoma State University School of Fire Protection Engineering Advisory Board. He is the recipient of numerous awards, including Fire Protection Contractor magazine’s “Industry person of the Year,” San Diego County Fire Chief’s Association’s “Fire Prevention Officer of the Year,” and AFSA’s highest honor, the Henry S. Parmelee Award. Caputo attended Chapman College, Orange, California, and the University of Albuquerque, New Mexico. He is a U.S. Navy veteran and former volunteer firefighter.

“I am looking forward to being part of a team that services such an important industry,” comments Caputo. “We are the biggest and best association in the fire sprinkler industry. What fire sprinkler professionals do is important – it matters – and AFSA will be there every step of the way to train and support its members.”